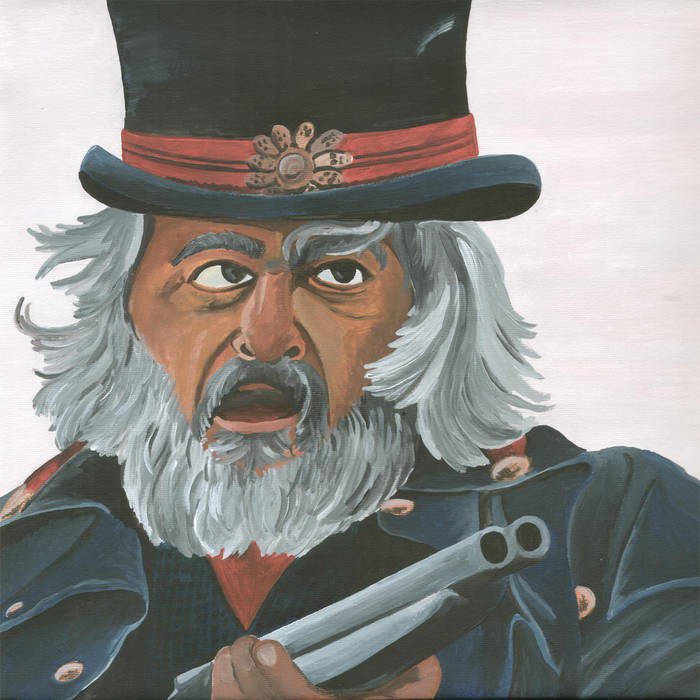 Back in 2014, Almost Halloween Time Records released ''Heaven Is Hell'', the original motion picture soundtrack to a movie. The music is written, composed and performed by Eric Morrison and his 100% Storms Ensemble. The movie is an indie dark comedy and religious satire, directed by Chicago filmmakers Chris Sato and Mike Meyer, produced by independent film production companies Yokai Films and Eyeromp Films and crowdfunded through kickstarter.
The plot: When Faith, a devout Christian, suffers an untimely death, she awakens to find her prayers have landed her in the middle of a war zone with two other recently departed souls. Upon having her life saved by Judas and his machine gun, she discovers that she is indeed in Heaven, but not exactly the one she read about in the best-selling book of all time. After a quick video tutorial, Faith learns that she is to join the apostolic outpost charged with collecting the scattered remains of a never-resurrected Jesus. Once he’s brought back to power, they hope to join forces with Moses and his army and end the rule of God, who has become little more than a battery to recharge the power of a treacherous archangel and his minions. Faith and fellow newbie Jake struggle with their own moral dilemmas as they fight for their afterlife with a ragtag pack of apostles and assorted biblical characters in the ultimate battle for Heaven.

You can watch the movie here: www.youtube.com/watch?v=6MYv4_1KIq0

100% Storms Ensemble is Eric Morrison's (Home,Leels) fake orchestra.
Tackling the best syphonic commissions that they never were really offered: 1939 World's Fair, Launch music for the Voyager space probes, and the Opening Ceremony of the 2012 Olympic Games in NYC as well as commissions that they were really offered: the soundtrack to ''Heaven Is Hell''

For this series, the vinyl version is still available, I'm painting frames taken from the movie or panoramas of the places where it was shot.

And the cast, copied and pasted from imdb: